A Hot Quarter for Enterprise Software (aka B2B)

It’s earnings season and it is starting to feel a little like January of 2000 again, though on a much smaller scale.  If you remember that era, the consumer Internet bubble (B2C) burst around that time and the market briefly decided that there had to be another better bubble somewhere else, eventually settling on B2B (aka enterprise software).  At that point, the B2B Internet stocks, including the industry consortia, etc. had their twelve months of re-kindled fame until their bubble burst in January 2001.  Right now, the enterprise software providers (as B2B is now called) are riding high again based on strong growth in revenue and earnings, while some of the consumer darlings are starting to fray at the edges.

This past couple of weeks have led to some reduction in the still sky-high valuations in some of the consumer internet stocks (e.g., Groupon, Zynga, Facebook, etc.) while analysts have returned to extolling the virtues of the more slow and steady, yet prolific enterprise software providers (as B2B seems now to be called).  See here, here, and especially here.

Industry in the Cloud (IC) providers that I follow are especially hot right now: 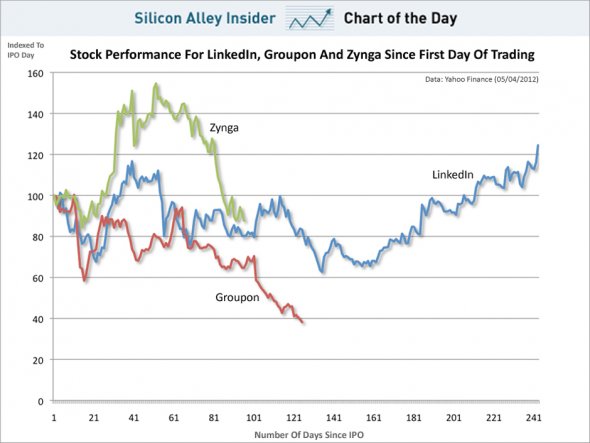 (Lest you think these stocks are simply being lifted by the rising tech market, the tech heavy NASDAQ index is up about 13% since the beginning of the year–a nice move–but nowhere near like these stocks!)

I could go on, but you get the point: enterprise software is hot and ICs may be even hotter. At least this time, unlike 2000,  the increased valuations are based on growth in real revenue and semi-real earnings (in many cases non-GAAP earnings).  Let’s hope there is not a bubble impending for the Enterprise sector this time as well!