Trust and Transparency in Marketplaces

There is a lot written about the need for online marketplaces and exchanges to build trust and provide transparency to all participants.  Examples of issues experienced in the past are:

Effective trust and transparency systems are an absolute necessity to the success of marketplaces and the “sharing economy” generally.  Such systems can include ratings, fraud detection systems, participation requirements (e.g., minimum FICO scores for peer-to-peer lending,) insurance plans, escrow, and a variety of other mechanisms.  But most observers overplay the difficulty of establishing such mechanisms.  Indeed, in many industries, new marketplaces and exchanges actually have an advantage over legacy businesses in establishing trust.  I believe the “new kids on the block” are advantaged for two reasons: 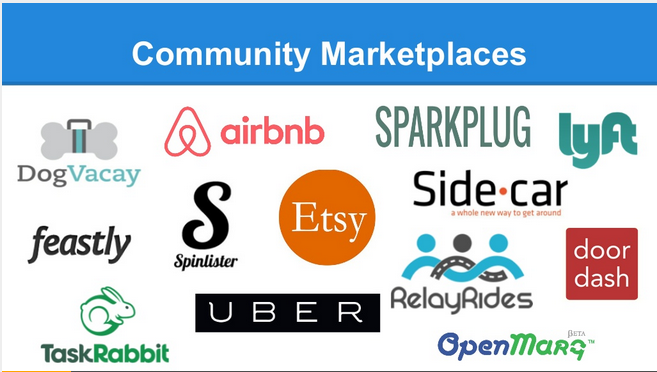 We Expect Most Institutions To Screw Us

If you are not yet this cynical, you are either very young, not very observant, or extremely lucky.  Here are a few recent examples from the news or my personal life in just the past two weeks:

I could go on and on, but it is sounding too “rantish”.

Almost every time we make a purchase, especially an infrequent one, the seller is at an advantage.  Some sellers do every they can to take advantage of this “asymmetry of information” and some try to reduce it.  Amazon is successful for many reasons, but one is that they give you options to consider.  And Amazon Prime makes the whole shipping and handling game go away  Schwab, Fidelity, and Vanguard are similar providers in financial services.  Unfortunately, these companies tend to be the exception, rather than the rule.

The bottom line is that the new marketplace players–Etsy, eBay, Uber, LendingClub, Kabbage, OnDeck, AirBNB, elance-odesk,  etc. all have to establish the trust of their users, but they are competing, in many cases, against a set of institutions that have already lost our trust!

People Screw Us Less than Companies Do

Ethicists, management gurus, and every human being alive knows that groups of people, including corporations, generally behave worse than individual people do.  There are many reasons for this, with fancy names like Social Bond Theory, The Galatea effect, The Pygmalion effect, etc.  But you do need not know the names of the reasons to be intimately familiar with the phenomenon.  You just have to have worked somewhere with more than 50 employees.  Large groups of people are capable of very bad behavior towards each other and especially their customers.

While all of these new marketplaces are companies themselves, many are relatively unobtrusive in helping us find other people, not companies, to do business with.  And not surprisingly, these real people, with real first and last names, and real addresses seem to act more responsibly than big companies.  At least that has been my experience and I bet yours too.

I’m not naïve.  I know there are fraudsters, con-people, “evil-doers”, etc. on these marketplaces.  I’m just saying that part of the appeal of these marketplaces is that we find other humans a lot easier to deal with than companies.

Sunday’s New York Times (Gretchen Morgenson) had a great example of this phenomenon.  Wells Fargo, considered one of the better banks, was recently found guilty by a judge of foreclosing on mortgagors using forged documents.  In his ruling on the case, the judge noted that the Wells employees did not seem too concerned about their actions.  He quoted a bank representative as testifying : “I’m not here as a human being, I’m here as a representative of Wells Fargo”.  Think about that one for a second.

These days, even a little humanity will go a long way in establishing trust.