On Unicorns (especially of the Enterprise variety)

Of course, by unicorns I mean tech “start-ups” with $1 billion-plus valuations. Fortune’s cover story entitled “The Age of Unicorns“provides a handy list of such unicorns and this nifty graphic. You will see a few enterprise examples sprinkled in: 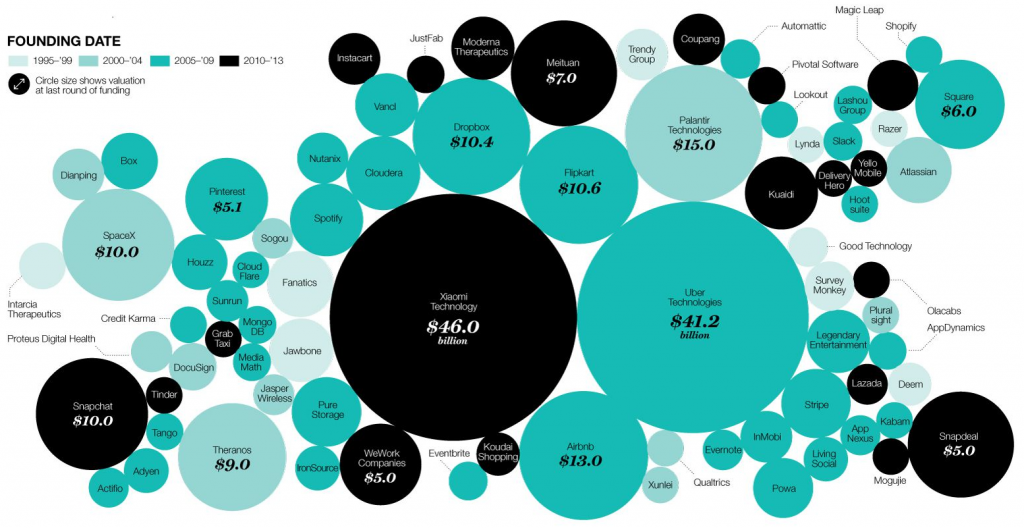 Why all the Unicorn talk?

Wikipedia defines  zeitgeist, as “the intellectual fashion or dominant school of thought that typifies and influences the culture of a particular period in time”.  That is such a perfect description of the unicorn phenomenon.  Through a confluence of events, including:

it is a great time to be a tech start-up and to chase the unicorn dream.

The unicorn concept is top-of-mind also because it is important in the VC community.  As Peter Thiel points out in his excellent book Zero to One, unicorns are the stuff of which venture funds are made:  “The biggest secret in venture capital is that the best investment in a successful fund equals or outperforms the entire rest of the fund combined.”  (His emphasis, not mine.)  So if you own a portfolio of companies, you better have a bunch that have the potential to become unicorns!

As an Operator, Don’t Let Unicorn Talk Distract You

However, if you are an entrepreneur in an enterprise tech start-up you do not want to spend time thinking about unicorns.  There are many reasons for this (mainly statistical improbability), which can be found in the best article about unicorns , written by the lady who seems to have coined the phrase.  I’ll highlight just a few:

There has never been a better time to start an enterprise software company and dream of unicorns.  (It’s like Florence must have been during the Renaissance.) But if you are an operator, don’t let the existence of unicorns bedazzle you and cloud your judgment–other than to accept as much capital as you can get at these valuations!  Build your business to provide the best possible return on capital. Let your VC worry about whether their portfolio has future unicorns in it.  And hope that they do, as it will make your life easier.  😉