B2B Marketplaces and the Problem of Supplier Variability

Tomasz Tunguz, venture capitalist at Redpoint, writes extensively on the topic of SaaS Enabled Marketplaces (SEMs) (see here, for instance).  Redpoint has invested in a number of SEMs, most of which are B2C, so his commentary is immediately applicable to that world.

I’m interested in how Tunguz’s learnings apply to B2B marketplaces, which I call Matchmakers, simply to avoid recurring nightmares from the B2B “marketplaces” of the late 90s!

In his most recent post on SEMs, Tunguz points out quite rightly:

And therein lies the problem in B2B Marketplaces.  In the B2C e-commerce world, supplier variability is high:

But the entire B2B procurement world is designed to reduce and even eliminate supplier variability. B2B buyers:

Supplier variability is an anathema to most large enterprises.  This one simple problem is what makes B2B marketplaces so much harder and less successful than B2C marketplaces.

What is a B2B Marketplace Left to Do?

B2B Marketplaces can only survive if they can find niches of products and services where supplier variability either cannot be avoided or where it must be exploited to generate savings.  This means B2B marketplaces have to target:

Even if B2B marketplaces are successful in finding such niches they have to be part of vibrant markets. Once a buyer and supplier meet each other on a B2B marketplace, there is a tendency for the relationship to move off the network and cut out the middleman.  Tunguz calls this “breakage”.

Of the nine value propositions of B2B Industry platforms, I find the Matchmaker (or marketplace) value proposition to be the most difficult to pull off.  Too many B2B marketplaces have failed to take the lack of supplier variability and “breakage” into account when creating their business models, that’s why so few have succeeded. 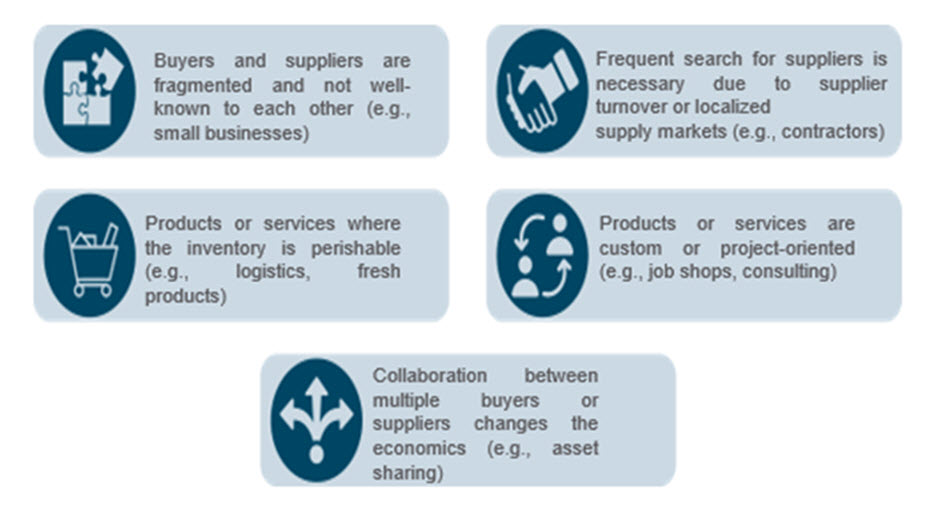