Transitioning from Networks To Platforms in Supply Chain Automation

Last week, I had the pleasure of speaking at the inaugural Global Procurement Technology Summit sponsored by ISM and Spend Matters in Baltimore.  Andrew Karpie from Spend Matters and I spoke, in part, on the difference between networks and platforms in supply chain automation.

To distill a one-hour presentation to its essence:

Voila, you have platforms.

The Trade-Off Between Traction and “Platformness” in Supply Chain Automation

The supply chain automation market is transitioning from being served by networks to platforms.   The “older”, established networks with traction, however, tend to have few platform elements. Meanwhile, the newer players architected as platforms tend to have less traction.  This trade-off between traction/adoption and “platformness” is captured in the following 2X2 diagram, with traction on the X-axis and “Platformness” on the Y-axis. 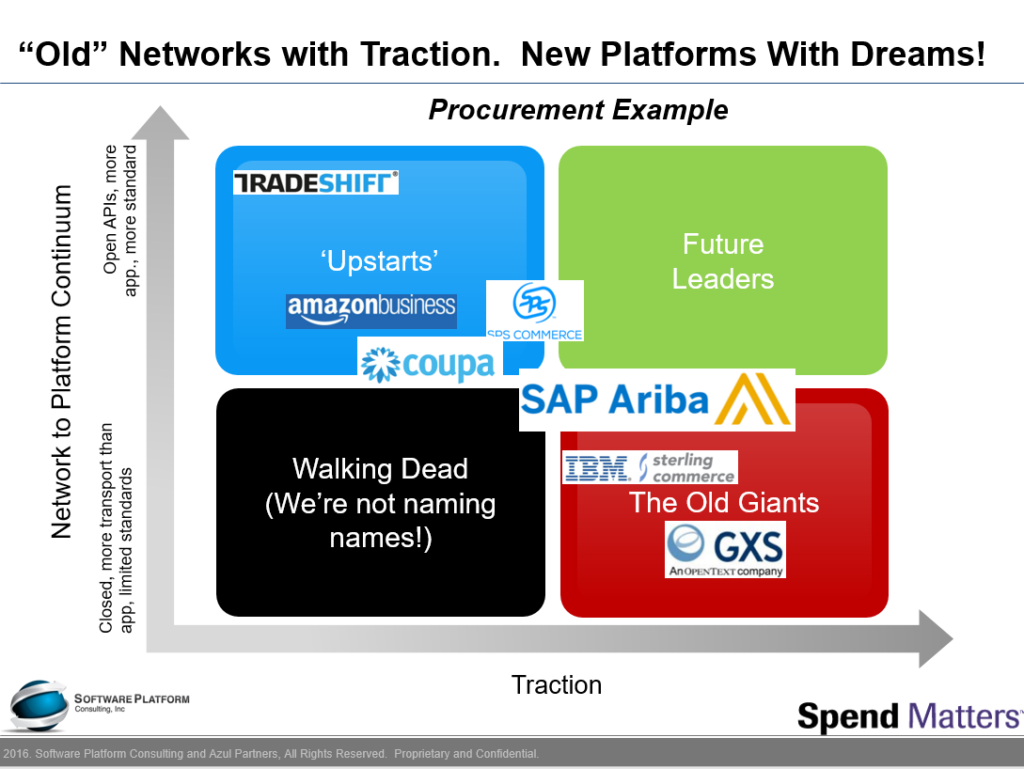 Please note the logos are not drawn to scale.   And please don’t over-interpret the positions of the logos either. I’m not doing a Magic Quadrant or Forrester Report!

Some examples from the chart:

With the exception of the EDI giants, the race is on for these network players to get to the upper right quadrant and establish themselves as platforms with traction.