Upwork: The Granddaddy of True B2B Marketplaces Files for IPO

Upwork filed to go public. For B2B marketplaces nerds, this is a big one.  Why? Because even though the Upwork name is new, it’s predecessor companies, Elance and Odesk, were pioneers in true B2B marketplaces.  Elance started in 1998 and Odesk in 2003.  These are true marketplaces in the sense that they make matches between two parties together that have never previously never done business together.  That is an especially hard task in B2B (see here). 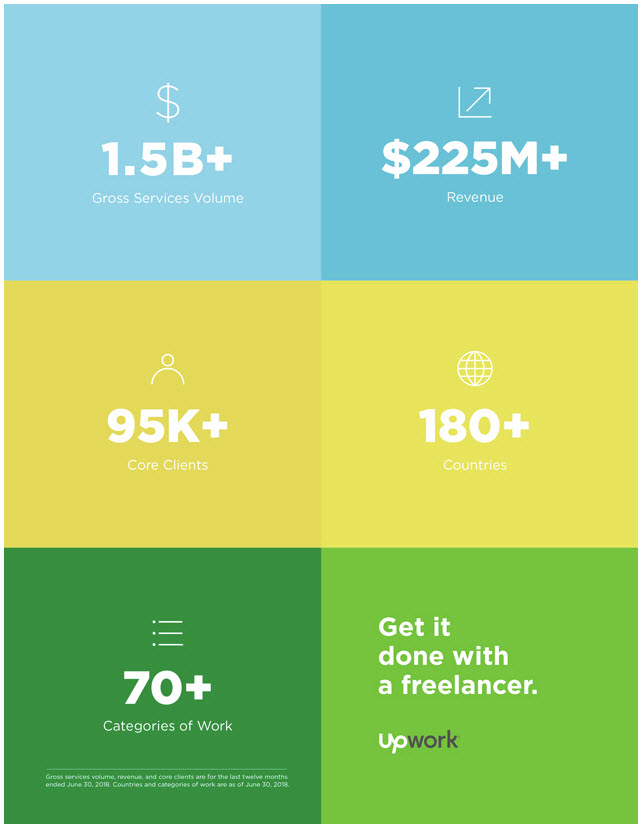 Upwork is pretty easy to understand.  475,000 mainly small businesses search for, manage, and pay approximately 375,000 freelancers for 2 million projects.  Upwork is free for buyers posting projects.  Upwork’s revenue comes primarily from a fee charged to freelancers.   A small portion of Upwork’s revenue comes from enterprise buyers who pay for additional functionality, from payment facilitation, and from the 15% of the business where Upwork acts as the supplier of record and provides a managed service to the client.

The excellent S-1 is chock-full of operational metrics from which others can be derived.  Besides the metrics above, I noted the following:

The bottom line is that Upwork connects small businesses with freelancers for small projects, many of which are offshored.  A cynic would say Upwork makes it easy for small US businesses to enjoy the labor arbitrage of offshoring, just as big companies have for years.  A libertarian would say Upwork is global free market at its best. Both would be right.

I’m going to spend less time on Upwork’s financial metrics because the S-1 is really well done and worth reading.  The key ones for SaaS watchers are:

Five Lessons to be Learned

Upwork’s history provides many lessons for those investing in, building, and running B2B marketplaces.  I’ll probably do a detailed blog post on them, but here are the ones that rang true for me: